How Pacific West Refrigeration is committing to a green future

Pacific West RSW’s are tested and approved for use with R-448A refrigerant. R448A is currently the most energy efficient and lowest GWP (Global Warming Potential) and non-flammable alternative to R404A and R507. The first Pac West R-448A 8.5Ton Hydraulic Drive RSW was introduced at the 2018 Pacific Marine Expo. The hydraulic load is lighter and the chill times are comparative to R404A / R507 systems.

R-452A has also been tested and approved on Pac West RSW’s for a near drop in substitute R-452 offers similar levels of refrigeration performance, reliability and refrigerant charge while reducing the environmental impact. R-452A has a GWP that is almost half that of R-404A / R-507 and is a direct drop in replacement for R-404A. Although, R-452A has a higher GWP than R-448A, a slightly higher load on the drive systems, and slightly lower capacity than R-448A, R404A /R507, it should be kept in the tool box for its simplicity to convert existing R-404A / R507A systems to a low GWP refrigerant. Evacuate, Fill and Go! R-452A has be adopted as the low GWP refrigerant of choice for transport refrigeration including seagoing refrigeration containers.

Moving forward into 2022 season, Pacific West will be offering both R-404A / R-507 and R-448A on new systems, enabling the fisherman to choose the option best suited for their operation.

As we look at preserving the planet for future generations, we are committed to changing to HFC-free refrigerants in all Pac West RSW’s. 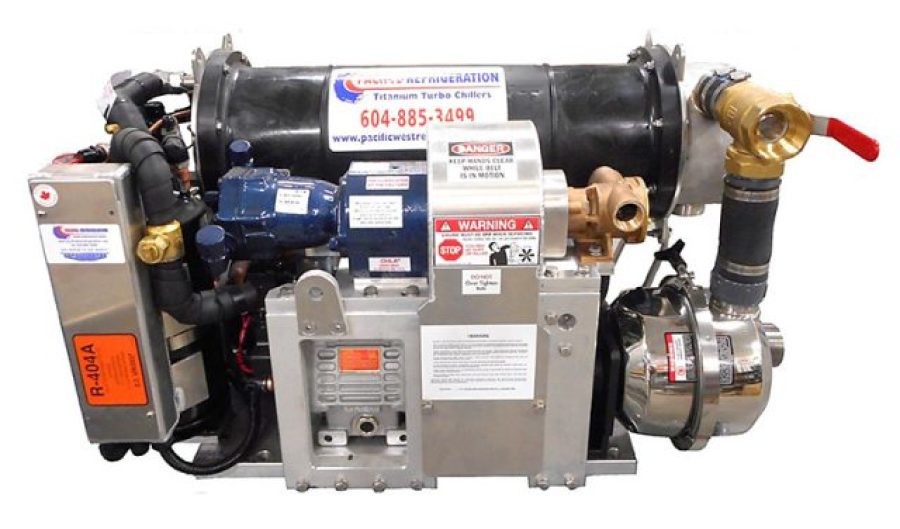 Learn more about our available RSWs featuring energy efficient refrigerants by clicking the button below!